RunPlusMinus is a baseball statistics startup created around the proprietary statistic of the same name. RunPlusMinus is a single number that combines the batting, fielding, pitching, and running on-field performances of players and teams. 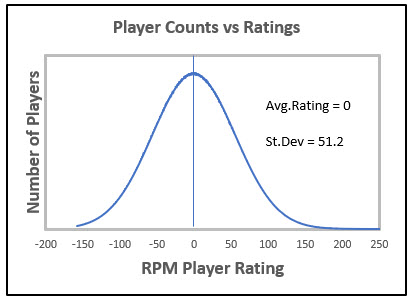 Why does RunPlusMinus™ claim to be the best?

How can RunPlusMinus™ be used?

Where can I read more about RunPlusMinus™?

At RunPlusMinus.com as well we are publishing new articles on Medium that can be found here.

RunPlusMinus is a large project built on the following technologies:

There are 2 major components of our system, one is the report generation system which is primarily built with the standard .NET MVC on Azure stack, and then there is the web scraping and game processing component that makes heavy use of AngleSharp, Knockout JS, Azure Web Jobs, and lots of stored procedures. We scrape and process every single major league baseball game in a season and assign a set of scorings to every participant in every micro event for every action, which generates around 50 million data points per season.

Started in 2017 and still on-going, we are currently collecting and analyzing game data daily and working on selling that data to teams as well as using it for game predictions. We currently can achieve a 57% success rate in predicting a game winner, which is higher than any other algorithm available.