Will Pwn 4 Food is Gaming for Money!

What is Will Pwn 4 Food?

Will Pwn 4 Food was a skill gaming company. We made fast action 3D multiplayer games that you could play directly in the browser for actual cash and prizes. Our first game was called DodgeBots and was released for a short period of time. 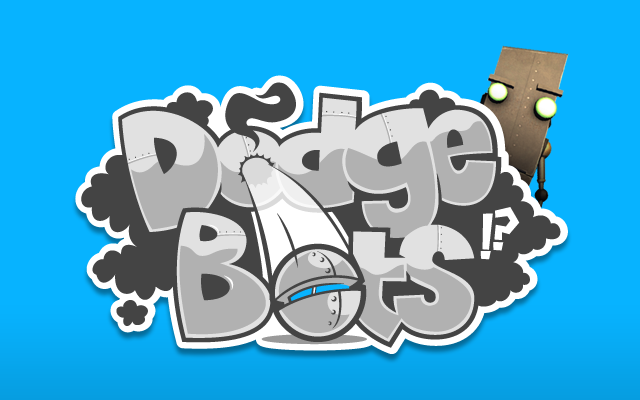 Will Pwn 4 Food was my first official startup and I bootstrapped our first prototype with my own savings. I would wake up at 4:30am and work on things for about 3 hours before going to my full time job, then I would leave and go work some more or drive 1-2 hours to the next city for various networking events looking for potential partners.

I settled on an uncommon technology for the game engine (Torque 3D) due to it’s superior networking capabilities (it was authoritative, which was absolutely necessary for security reasons), and they were building a new engine that allowed AAA games to be played in the browser, so I made a bet on that. I found one of the most active developers on their forums and hired him remotely with my own savings.

We built a prototype game and I rustled up some play testers to start trying things out, getting feedback, video and testing for bugs and functionality. I managed to get into the very first office space of UW Velocity at the Communitech Hub, sitting next to Michael Litt working on their product that would soon become Vidyard. In the next room was Eric Migicovsky working on what would soon become the Pebble smartwatch. 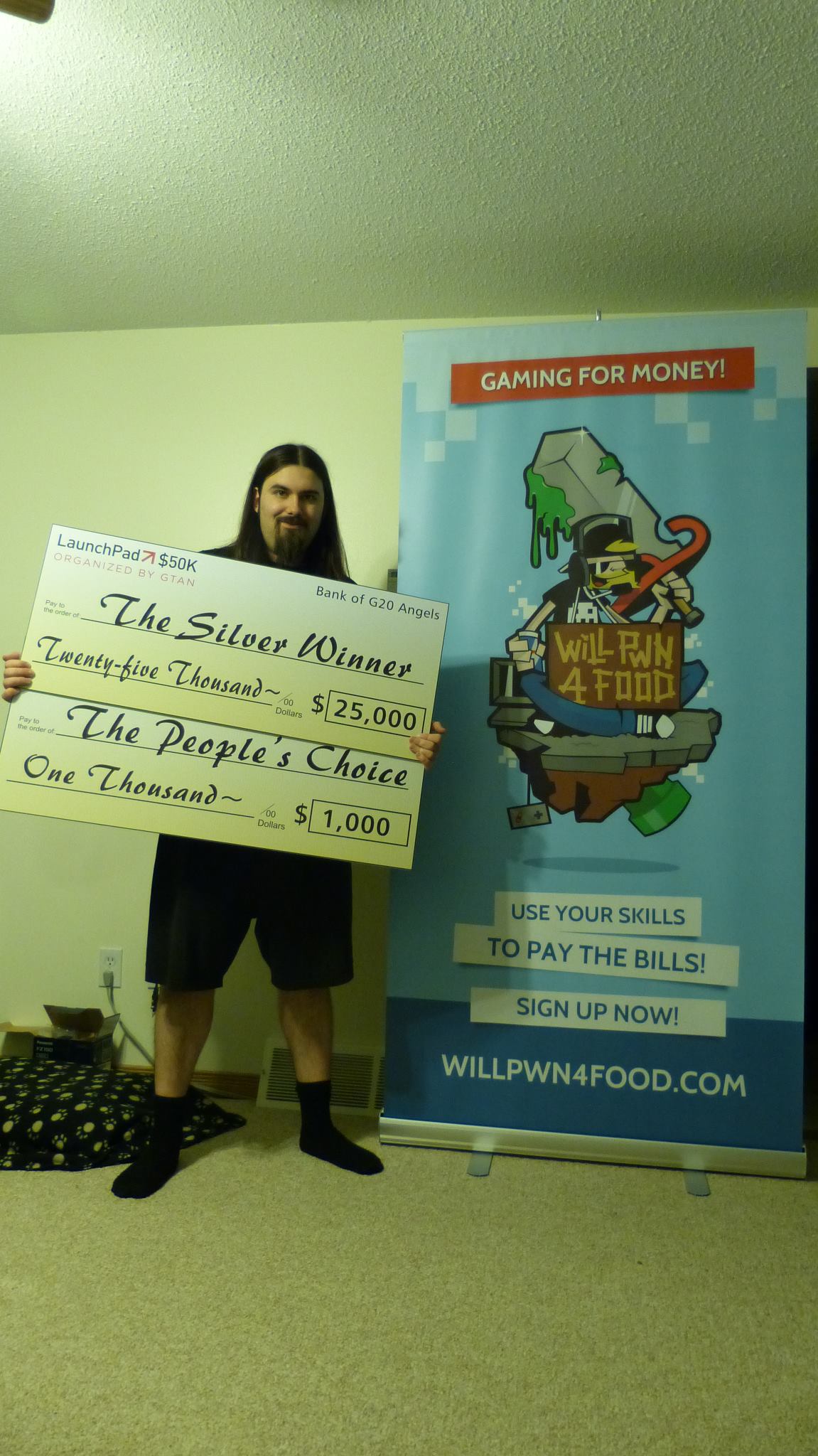 I somehow managed to raise a small bit of money following a pitch from a local angel group so I could bring my guy on full time to keep working on things. I won 2nd place at a pitch competition that lead to more investment, as well as snagging the people’s choice award. Shortly after I got into the first cohort of the Communitech Hyperdrive Accelerator and got a bit more money as well as office space and some mentorship/programs. 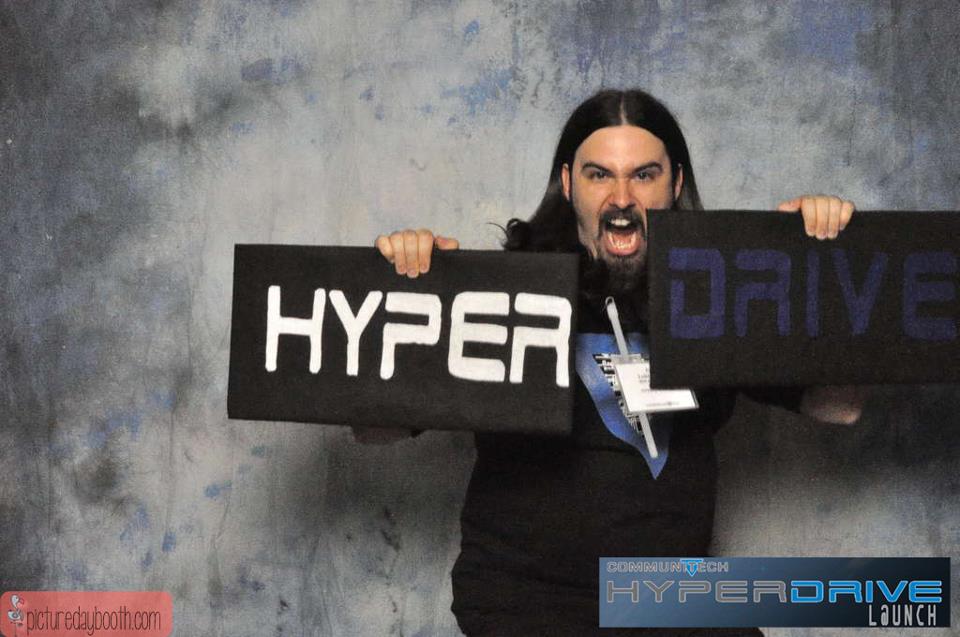 We doubled the team bringing in another developer and an artist, soon after I bought in our QA/tester/do-it-all man from across the country. I had the lead pen-tester at a major security company working part time helping us secure everything since this was gaming for money. We eventually also brought in a marketing/support guy and an intern (who I subsequently had to fire shortly thereafter). 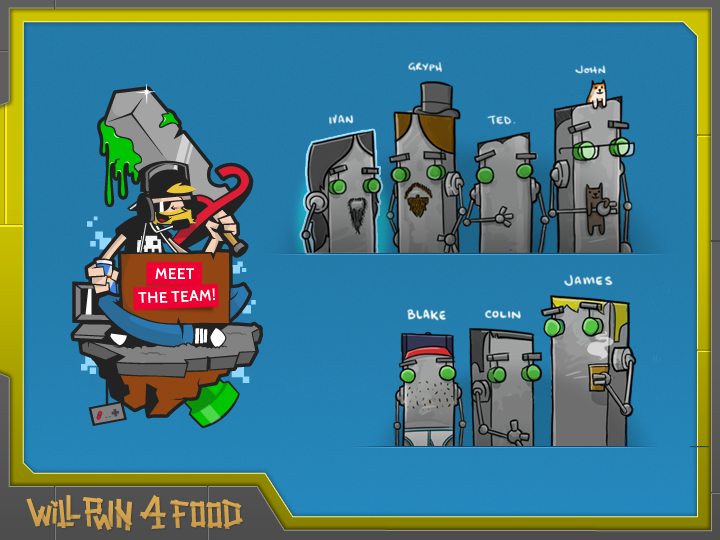 We were developing our game, but we had to switch to Unity, and then we fought mountains of technical debt as we grew and rebuilt over and over due to novice mistakes as people learned the new game engine and networking protocols. Definitely learned how to prioritize and decided between progress/grind versus time-delay and refactor.

While I pitched the company at every event I could, usually placing or winning, including best startup pitch at the International Startup Festival and the Startup Smackdown with guest judge Brad Feld, I was also trying to raise more money and get people to test our games and figure out how to manage an office, employees, technical and still handle all the complicated programming for our web lobby system and back-end. 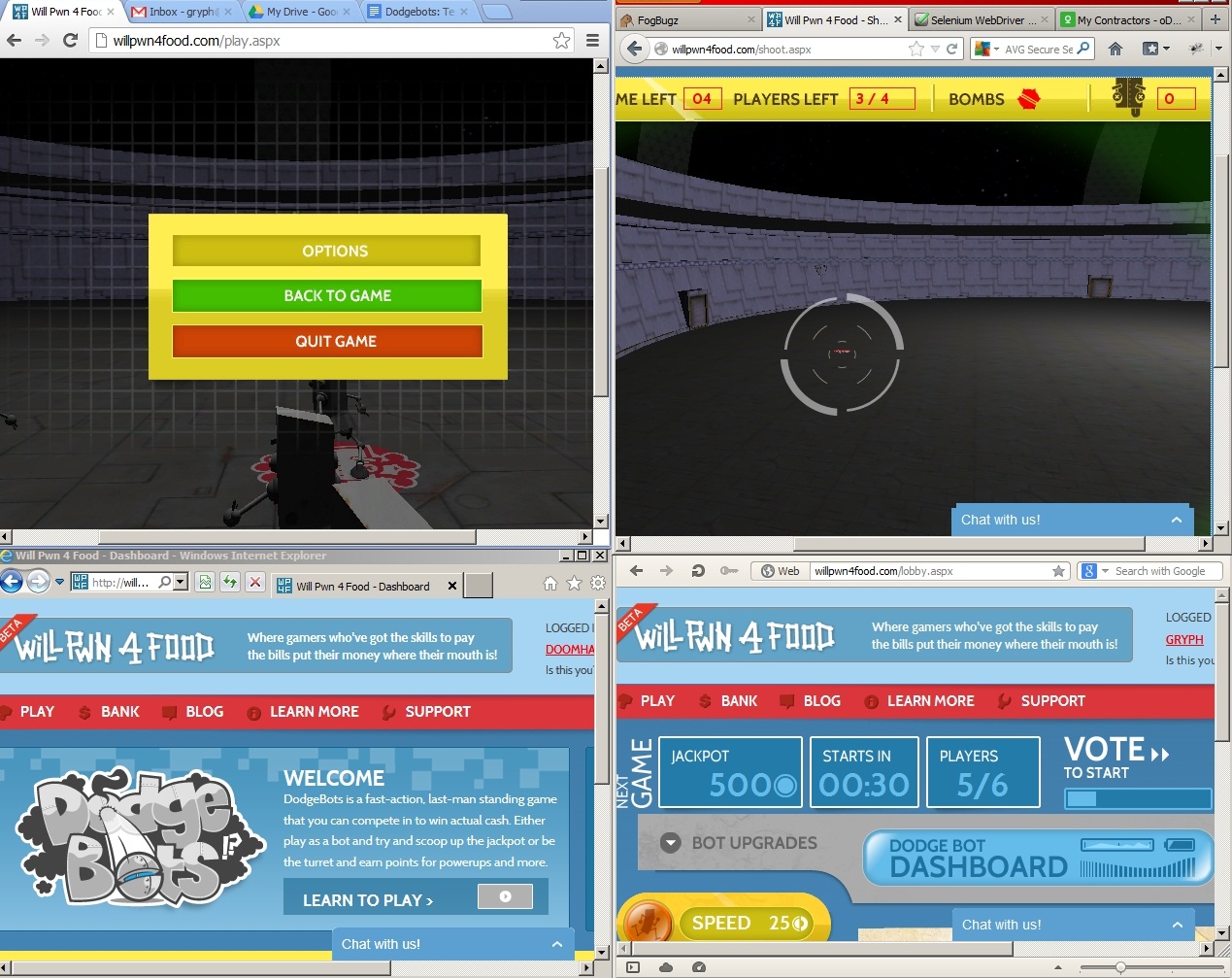 During all of this I was paying myself the bare minimum to not even fully cover my expenses while covering 2 maxed out credit cards for a year and a half. I was all in. At one point before we launched, we did receive an acquisition offer, which was very exciting, but the offer was all stock and we still had a lot of hope, so I turned it down, much to the chagrin of some of our investors, but I was the majority so I could make that call. Eventually we got a bigger bump in money once we graduated Hyperdrive and got investment from BDC. Our angel group was supposed to follow on, but they dicked us around and waited and ultimately gave us the worst deal possible forcing us into a death march as I wasn’t going to take anything more from them.

We had an interview for Y Combinator which was pretty exciting and rare since we had already received investment, had already gone through an accelerator and I had no co-founders (and this was back when YC batches were small and super picky). Ultimately I never got in, apparently I didn’t have any secret weapon/unbeatable advantage/leg up over anyone else in the industry, so they decided to pass. All I had was passion, moxy and endless drive, but that wasn’t good enough. 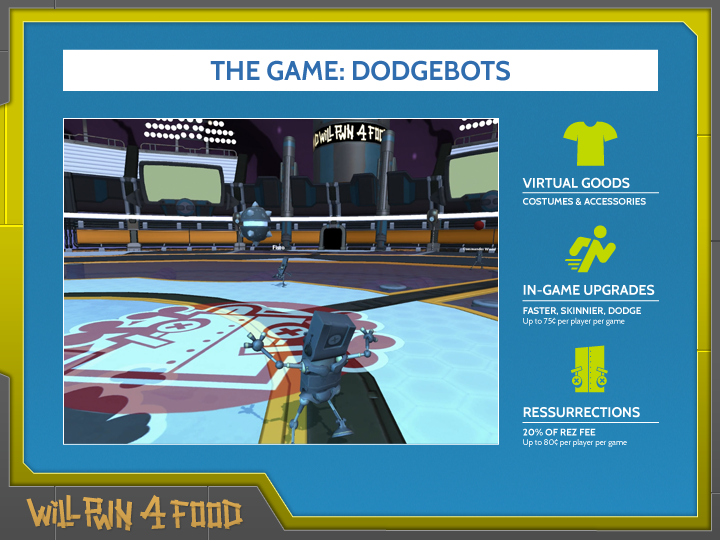 We had been running nightly games from 7-10pm EST for money with free entry, with up to $100/night for grabs. We hired 30 people in the Philippines to play our game to make sure lobbies were always full and that games were always starting, the perfect example of non-scalable and fake-it-till-you-make it strategies. We were in the top 10% of Canadian employers on UpWork thanks to that effort and were literally paying their rent. We started getting a bit of momentum, but it was definitely tough to keep up each night. We faced the strong chicken and egg scenario where we needed to try and seed both ends. 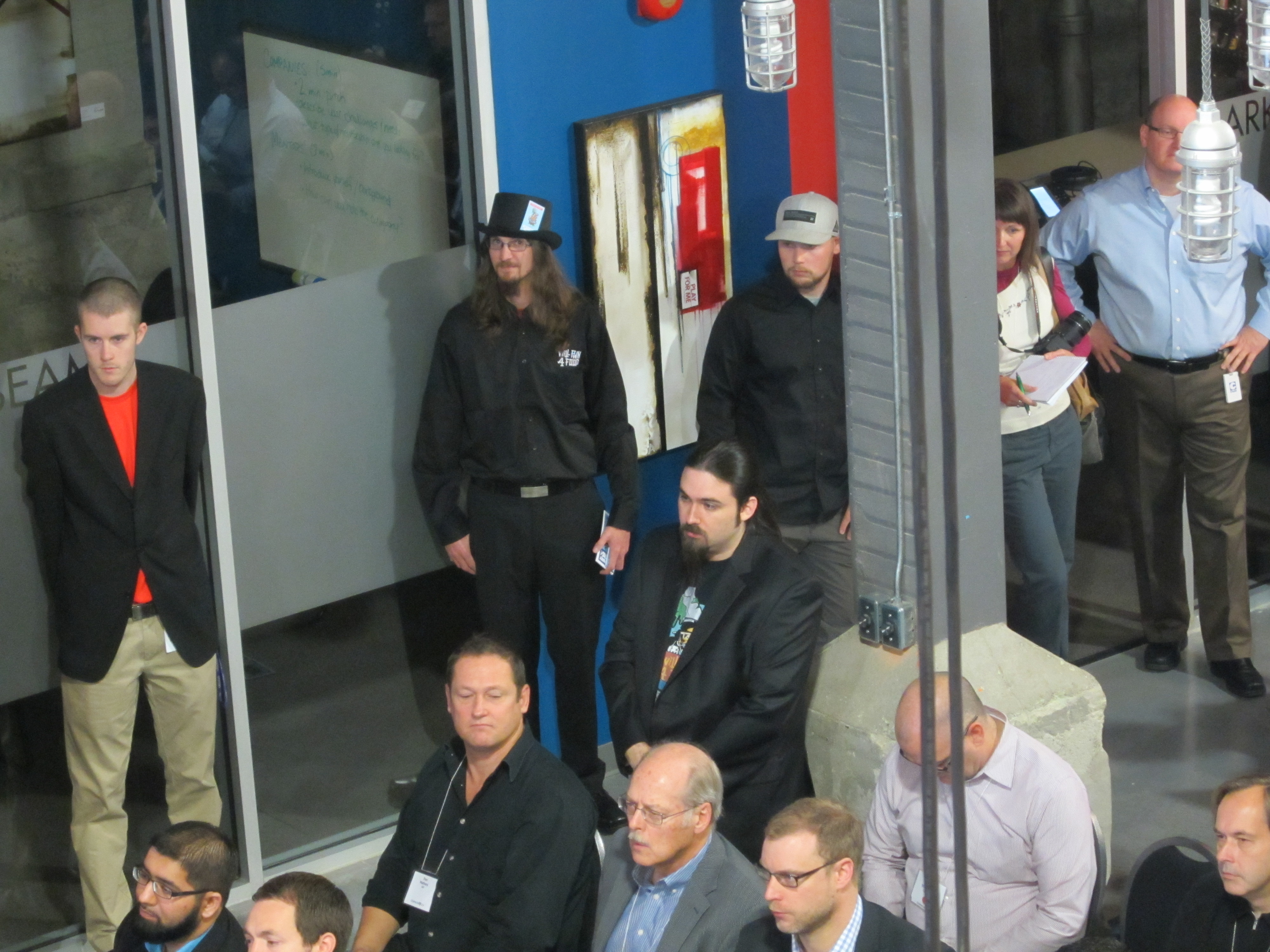 We soon discovered we really needed to move the complex UI and lobby system out of the browser and into the game as well as develop an AI to help remove our need for time-boxed play and outsourced gamers. We hired one of the top game AI devs to work with us on contract and to implement our new stuff, and we made it 95% of the way there before I had to let everyone go and pay them an extra month by just letting them keep their laptops. We ran for a few months beyond, just me and one dev, sitting in his sketchy apartment, until we were almost personally bankrupt. At that point I decided to call it quits.

We were never able to fully prove it wouldn’t work, but we just didn’t have the fuel to take everything we learned and rebuilt and finally have it out there. It was definitely an exhausting slog and a bit of a disappointment by the end, but I had learned so much and time had truly flew.

During my time running Will Pwn 4 Food I won a lot of awards, received accolades, and got press, yet almost all of it ended up not being worth much of anything. None-the-less it at least felt good and looked good on paper!

Here are some of the things we won and/or achieved:

There is so much and too much to really get into here!

What Technology Was Used?

We used a lot of different technologies, some of which evolved over time into new technologies and platforms:

We had a multiplayer game that was real time with 2 different roles: up to 15 contestants and one external player controlling a turret trying to pick them off which rotates through a queue of players every 30 seconds to mix it up.

This means we had to have 2 different web based lobbies, one was a live lobby that filled and started a synchronous countdown to boot everyone to a Unity page simultaneously while everyone loaded, and another queue for players to join a game and then wait for their turn to shoot while watching the current driver of the turret. These lobbies were originally built in the browser using long-polling to keep everyone in sync as sockets and their ilk weren’t designed yet.

Our Unity based game had to utilize an authoritative multiplayer server for security purposes with carefully designed calls, APIs and stored procedures running across several different cloud servers orchestrating a game from startup to wind down. As a countdown completed our “Task Master” service would spin up a new game server (VM) and run the “Slave Server” service on that machine to start a new game server with the right conditions and only let in the whitelist of players, and then start their in game “count down” to begin when everyone joined. It also had to manage the turret queue and make sure someone was available to start the game or use the AI we had.

When a game was completed, the game server would flush the information to a special set of stored procedures with multiple security checks and then wind down the server and unlock the players to start new games. Getting all this to work smoothly and in unison was quite tough and I know it’s a hard problem as I still see the same lockout issues appear in AAA multiplayer titles today.

Here is a flow chart I found for our Turret Queue. 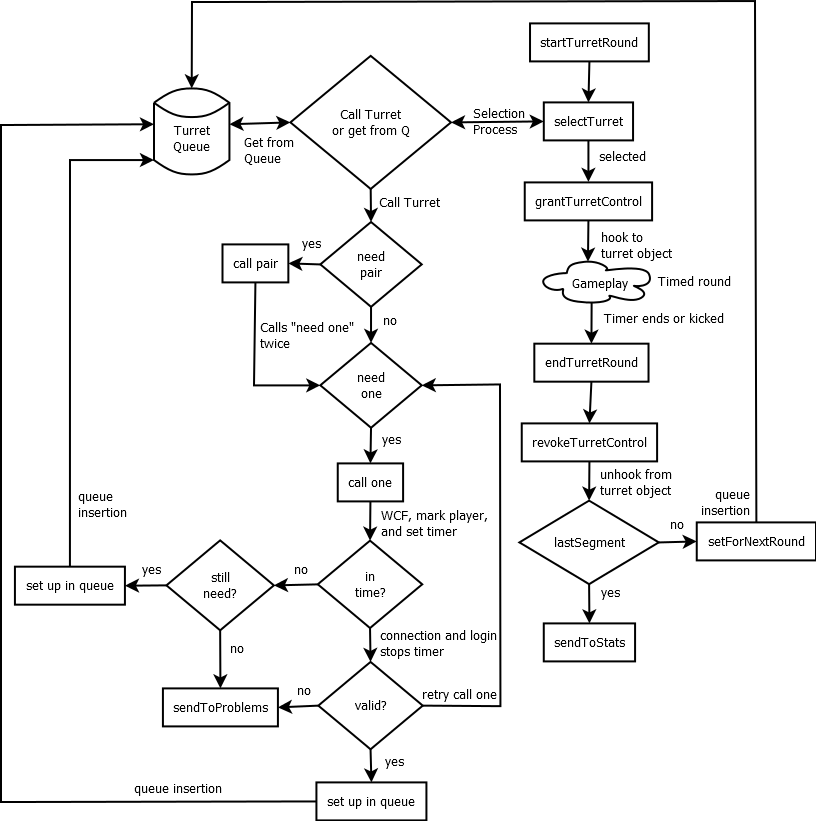 This startup was born in September 2009 and finally died in November of 2014.